Status
Not open for further replies.

Motivation
Recently rejoined CSS after my last computer was demolished, source was and still is my favorite game by far. Seeing how much has changed since the last time I've played (2015), its great to see a community such as Elite Hunterz still active, of course the game in general has evolved and its sad to see plenty of servers abandoned, but after playing on the ZH server, I play almost daily now. I wish to join and be a Hunter so I can rekindle with those who still enjoy the game and have a spot amongst a great clan and community.

Clan history None in CS but in Zombie Panic Source. Clan is no longer alive.


About me
I'm Ace, I'm 21 years old and I reside in Canada, I know two languages, I play the guitar daily and in a small band. I have a part-time job and currently in college. I've been living on my own since I was 17 so I'm pretty independent. My life is alright right now, not the best but always looking to improve. Making friends and building relationships with other great people is quite a hobby of mine, I have plenty of stories to tell. I hunt yearly and love to be outdoors.


Recommended by Not recommended, the server information led me here.


About me
I've already said it once but I'll say it again.
I'm sorry for my English, I'm more or less.
what can I tell you about my life I am just a normal gamer like everyone else my favorite game is counter strike my childhood game I also study to be someone in life I spend time with my family too that makes me very happy when I finish my studies I will be someone in life it is not always about playing a game I also have things to do like everyone else but more about spending time with my family.

Motivation
I love it and be inspire be part of best from best!


About me
Frendly , no toxic , fresh will for blood to smash zombies.

Recommended by On myself.

Motivation
I think I have proved as a very good player in the servers,I take part in the events,I respect everyone,I have good relationship with every member i have met,I mostly don't camp too and I think I could be a great addition to the clan


About me
As I have stated in my admin application,I am 22 years old,I live in Greece,I study mechanical engineering,I love spending time with friends/family outside and going to the gym and I am a chill,friendly person in general.

Motivation
I have been playing cs since I was 10 y/o. I have been playing on this specific server for the past 1 year now. I really want to became a member of your clan as I have been to alot of servers till date but they weren't fun enough. This is a good server and most importantly its active.


Recommended by No
Toggle signature
KingHeet

Motivation
one of my goals been joining this team long ago reason is that many of my friends is part of this Clan and good Clan spirit friendly people and trustworthy. I would somehow improve Clan activity Im pretty active player, and I like to play little bit relaxed/fun It is my style playing. anyway, I would hope to get a chance to show what I can do and not judge right away with my bad history, I know that I have made mistakes and many of them don't even need to be reminded. I thought I could try again to see if there were any opportunities to join this great team.

About me
I have still job i like what i do, freetime i hang with my friends driving everywhere meet new people etc. I work on screwing cars mostly tuning brand of course mercedes reliable car. mostly i play csgo almost 6k hours [Faceit 3k+ games level 10] also css.

Motivation
i found out that i am big fan of zombie hunting server and theres so many old good maps... maps are overplayed.. i want to make more maps for all players too... also that the EH members or staff members are friendly in the server... i want to know more about them

Previous bans
never got any bans

Motivation
Okay so basically I want just be apart of you guys, It's like when I see the members joking and chillin around the server I feel like I can fit in with them, and they are just cool and what can I say is I wanna join in


About me
Okay so I'm Mark, To be honest It's not my real name but It fits my personality more likely ^^
My real name is Kubo, I love anything related to gaming and gaming itself, I do gym alot and I'm a goalkeeper (Soccer), I love doing sports specially anything with a ball, I got some hobbies like writing 90 words per minute , I mean I don't think I'm a hobby person cause I still got time to explore my own hobby anyways this is it about me, hope you like it even abit haha.

Motivation
I started with counter strike in 2007, played zombie with friends in cafes, it shaped my childhood, in 2010 I got my first pc and sweated through the nights on Elite Hunterz, so since you were a part of my childhood I would be happy to be accepted by you , best regards zowbe 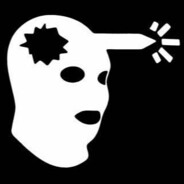 steamcommunity.com
I got a ban in CS:GO , im not sure its a long long long time ago , i think it was 2 open all Achievments.

About me
i live in Germany near Munih(bayern) Im working on Building site , im 27 like playing CS on the weekend drinking some good beer and having fun ,
next to CS i travel some Weekends to my Cousins , watch many Footbol , and love Formel 1

Motivation
ive been playing on this server now for a while and i love it, i want to be part of the community, and support your clan because this is the only server left that is good with zombies. ive been playing counter strike almost all mylife and love spending time on your server. also im a hunter and want to hunt the zombies down in the team i love a good team play, also i know the rules and it would be an honor for me to join your clan


About me
im someone who loves to communicate with other people, im 27 years old lil bit old haha but i say im never to old to do anything, i like making music im a producer in house music and such,
i have a daughter of 5 years old that lives with me, but i lucky still have enough me time for the server


About me
Hey, I used to play alot zombie mod and zombie escape in a german server (more than 1000 hours) called RoW (Rise of The Walking Dead) but it died sadly. Im from Portugal and I like to play alot that when i have time to relax.


Recommended by No i just checked the server with most players

Status
Not open for further replies.